A disruptor platform which aims to revolutionise the electrical security industry has launched a scathing attack on big business “dinosaurs”, accusing them of ripping off customers and refusing to change antiquated working practices.

instaENG is an electronic security bid platform and allows customers to post jobs in specialities such as CCTV, intruder alarms and fire systems which businesses or sole traders can then bid for directly, democratising the process of awarding work and making it leaner, more efficient and transparent.

The entirely online platform, which has already attracted several blue-chip brands since launching in January, says the rest of the industry is being left behind by refusing to evolve.

Co-founder David Stubbs said the success of instaENG has helped eliminate opaque supply chains in the sector and ensures engineers receive a higher income, while customers pay a lower price.

But he said the largest firms in the industry were still routinely marking up jobs by 30 per cent to outsource to sub-contractors and applying extra charges for unnecessary specification visits.

“The electrical security industry is the most technologically-advanced in our sector but the purchasing procedures have not changed at all,” David said.

“It is an antiquated, closed-shop process where the industry dinosaurs are holding on to a margin which virtually every other sector has let go of.

“We can confidently say we are an alternative to the dinosaurs of this industry.

“We have to ask the question, ‘why is it the prehistoric large security firms haven’t developed their purchasing procedures for the electronic security sector?’. The answer is simple – they’re making far too much money to consider doing it.

“Do buyers really trust the internal ‘helpdesk’ of an external supplier which is financially-rewarded for delivering against their specifications? We’re confident they don’t.

“Our message to customers is simple – we know you are not happy with the status quo and there is an alternative.”

The software as a service (SaaS) platform has been working with Travis Perkins and its associated brands Toolstation, Keyline and Benchmarx since its launch and is processing hundreds of jobs on its behalf every month.

David said the success of the platform with companies of this standing should alert the procurement departments of similar blue-chip businesses.

He added: “instaENG is a unique offering which eliminates the margin from the dominant security providers. We are sure that a platform which is working for the likes of Travis Perkins and Toolstation will have equal appeal for other blue-chip brands in the UK.”

instaENG is attending the Retail Risk event in London on Thursday (July 22) to demonstrate the platform, which includes a new smartphone app developed for Android and iOS. 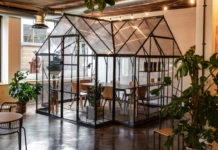 The Great British Office Return: Childcare, housework and pets – why North West workers can’t wait to return to the office

Dorset Skin clinic crowned the winner at the Town & County...

With One Million Plastic Bags Thrown Away Per Minute Green Bell...

How Can We Improve Life Safety In Care Homes? – Hochiki...