A chartered architect with a 25-year career in higher education has combined his passion for property and travel to launch a New York inspired lounge bar in Birmingham city centre.

Professor Kevin Singh, who is a founding Director of Birmingham-based architects and designers, the space* studio, has teamed up with restaurateur, Maddie Aulak, to open Jojolounge Bar and Restaurant in the city’s Colmore Business District.

The new venue at 55-59 Newhall Street is influenced by the lounge bars of 1920s New York City but has all the trappings of a modern establishment.

The quirky design by the space* studio, pays homage to the building’s former use as the Solicitors Law Stationery Society’s offices, where maps could be purchased along with other legal documents relating to property purchases.

Jojolounge will offer a casual dining experience with table service only, with guests able to choose from a New York inspired menu and a range of beers from Camden Town Brewery amongst others.

The bar and restaurant provides booths for up to six people, complete with library style lighting and plug and USB sockets, whilst the building’s large front-facing windows can be fully opened to create an ‘inside out’ feel.

Professor Singh says that the flexible table arrangements at Jojolounge will provide private hire for networking, birthdays and other events for up to 150 people and will be marketed at the city’s business community.

“We’re really excited to be opening Jojolounge at a time when more people are returning to the city,” he said. “I’ve been fortunate enough to visit New York several times and wanted to create a decadent NYC-style lounge bar that delivers great food and hospitality. We’re keen for people to come here to work on their laptops during the day or relax at the bar, and in the evenings we’ll be hosting business and networking events.

“All of the feedback we’ve received so far has been overwhelmingly positive, people like the food and the drinks range, so we’re confident we can attract an audience and we’re hopeful of developing the concept further. The building offers some terrific views down Newhall Street and we would like to develop a roof terrace next summer.”

Jojolounge is named after the Nepalese term for ‘welcome’ and takes the space vacated by Jojolapa, the popular independent restaurant that was relocated to the Jewellery Quarter by owners Maddie Aulak and her brother, Sanju Shrestha in 2018, after 12 years in Newhall Street.

Jojolounge briefly opened for a soft launch last September and is set to relaunch from Thursday 20 May. It will initially be open for service on Thursday to Saturday. 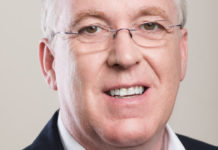 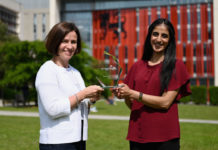 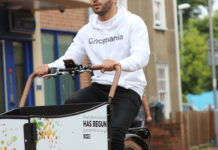