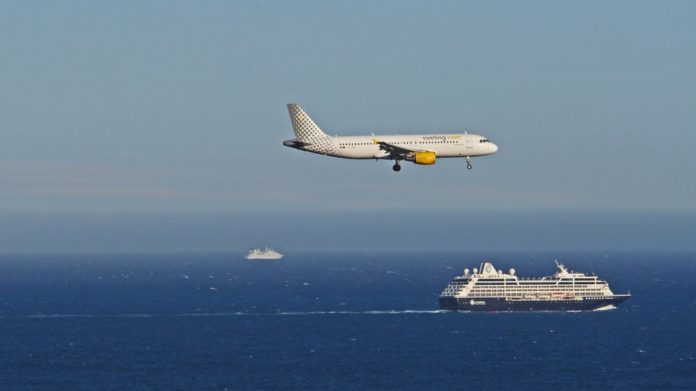 Net Zero 2050 is the COP 26 target in its Race to Zero campaign and is the hot topic for green travel and tourism. The US, EU and UK are all on board.  Even China is there, with a marginally longer 2060 timeframe.

As Travel & Tourism is one of the planet’s biggest industries it has a seat at the table, recognizing the existential realities of the climate crisis and positioning with mainstream global government and industry strategies.

Nearly 300 Airlines in IATA agreed Net Zero 2050 at their annual meeting and the world’s airports signed on over a year ago.

The World Travel and Tourism Council (WTTC) representing some 200 hospitality, transport and tour corporations has a Net Zero Roadmap. Members of the Cruise Lines International Association (CLIA) are betting on net zero carbon 2050, versus the International Maritime Organisation’s (IMO) goal of 50% absolute emission reduction by 2050.

Importantly, it’s also the central message in the Glasgow Declaration that United Nations World Tourism Organisation (UNWTO), UN Environment Programme (UNEP), Tourism Declares, the Future of Tourism and others are championing at the COP.

At SUNx Malta we have also committed to being an early signatory of the Declaration. While this document is a good first step, we believe net zero is not enough and 2050 is not soon enough.

The Travel and Tourism industry must make the Glasgow Net Zero target 2030 not 2050 and show commitment to get on the diet now and stick to it.

It makes sense to run with the ‘net’ adaptation scenario for a full decade, allowing time for genuine adjustment and tough actions. But we must make serious emission reductions immediately, meeting the Paris Agreement’s goal of limiting global warming to below 1.5 degrees Celsius.  How we, as an industry, meet these targets needs to be transparent and we need to build in a carbon dioxide end date now.

The travel industry needs to DASH-2-Zero. The science supports this. Extreme weather events illustrate this. Our youth, whose future we are discussing, are screaming at us to take action.

Reliable science from The Intergovernmental Panel on Climate Change (IPCC), The World Meteorological Organisation (WMO) and peer level research says that current aggregated 2030 carbon reduction ambitions of all UN States will give ‘a 16% increase in global carbon output rather than the 50% reduction by 2030 that the Paris goal of 1.5°c requires.’ It also says we are on track for >1.5°c increase in this decade, closer to 3°c by the second half of the century. Leading experts say we need tough near-term peak targets and rapid emissions reductions over 5-10 years to meet the Paris 1.5°c goal by 2050.

A report in Science stated, ‘If the planet continues to warm on its current trajectory, today’s average 6-year-old will see twice as many wildfires, 1.7 times as many tropical cyclones, 3.4 times more river floods, 2.5 times more crop failures and 2.3 times as many droughts as someone born in 1960’. Let that sink in as you look at your children.

It may sound like a huge, perhaps even impossible, challenge. This is absolutely achievable if we have the will to take necessary action.

For example, at SUNx Malta we work with travel companies to help them transition to the new climate economy. To prioritise climate, we have, for example, built a transparency Registry, linked to the UN Climate Action Portal. We’re making it available to tourism stakeholders who sign the Glasgow Declaration. The Registry enables companies to share their goals and progress, highlighting their commitment to Climate Friendly Travel. We have also created a Support Network to share current best practice in climate resilience and emission reduction, including giving members access to wide ranging research and delivery tools.

These tools are available to other travel and tourism companies, and we should all share our knowledge with the aim of creating a robust, planet-friendly industry.

Setting goals three decades into the future isn’t creating a solution, because it’s designed to keep polluting practices in place while we can get away with it.  We must go much further and much faster to achieve Net Zero.

Travel & Tourism requires action that goes further and faster in...

New survey reveals 89% of Brits are taking action to reduce...

Can We Keep Up? – Keysource Launches State of the Industry...

10 November 2021
JOIN THE COMPANIES THAT SHARE THEIR NEWS WITH US...
...and many more leading local, national and international businesses.