With the current rateable value for those eligible for the government’s small business Retail, Hospitality, and Leisure Grant (RHLG) standing at £51,000, businesses in North Nottinghamshire that exceed this threshold have been left without any support. Its estimated that a total of 54,638 businesses across England and Wales are currently unable to access the RHLG.

The #RaiseTheBar campaign is calling for the government to expand this threshold to any business in the retail, leisure and hospitality sectors with a rateable value up to and including £150,000 to help prevent the collapse of local high streets.

Sally Gillborn, chief executive at North Notts BID, said: “Businesses in these sectors lie at the heart of nearly every community, forming high streets that are a hub of activity across the country. We understand the importance of keeping these businesses afloat and we want to do everything we can to get behind them and provide an essential lifeline.”

Not only has North Notts BID pledged its backing for the campaign, it has also secured local political support from the leader of Bassetlaw District Council, Simon Greaves, and Bassetlaw MP, Brendan Clarke-Smith.

Sally said: “We’re delighted that this cause is being recognised by local policy makers and we hope that their backing will give the campaign the extra boost it needs to really make a difference.

“Retail, hospitality and leisure sectors are vital to the UK economy – generating a total of £635 billion in revenue – and we have many BID members that operate in and around these industries. We know that the impact of Covid-19 has been detrimental to those that exceed the threshold, so we want to reassure these businesses that they have the BID’s full support and we are working hard to get them the support they deserve.”

North Notts BID has joined the original founder of the campaign, Croydon BID, and industry bodies the BID Foundation, British BIDS and the Association of Town and City Management, to lobby the government and actively campaign to broaden the threshold of those that qualify for the grant.

Sally continued: “According to Croydon BID, the retail sector generated £394 billion worth of sales in 2019 with 306,655 units across the UK, and the British leisure sector reached over £111 billion in sales.

“The hospitality industry also employs over 3.2 million people – 11 per cent of UK jobs – making it the third largest sector in the UK. If these industries begin to collapse, the effect it will have both locally and nationally will be unfathomable. We encourage everyone to get on board by signing the #RaiseTheBar petition to help protect our high streets and the businesses that populate them.”

Ojay MacDonald from the Association of Town and City Management (ATCM), said: “The speed and scale of the Government’s response to the COVID-19 crisis to protect businesses has averted an economic collapse. We now call on the Government to raise the bar a little higher and give a broader range of businesses a fighting chance of survival. It is our view that those under the £51,000 threshold will face a more challenging environment if we allow other parts of the town centre eco-system to fail, such as those above the £51,000 threshold.”

The #RaiseTheBar campaign believes that the ‘discretionary fund’ to Local Authorities falls short of £748m and has calculated that a total of £1.365bn is needed to support all 54,638 businesses. High Street businesses now face an eight-week countdown until the due date for quarterly rent (24 June), meaning action is needed now to allow more businesses access to the RHLG grant.

If you’d like to support the #RaiseTheBar campaign, sign the petition here. To find out more about North Notts BID, visit northnottsbid.co.uk.

How the UK Veterinary Industry has Changed 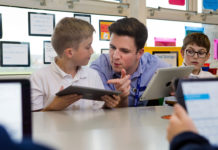 Cheesecake Energy announces new Board appointments including a new Chair