Koru Kids, a childcare platform that provides part-time nannies, has announced it will create 9,000 new nanny and childminder jobs across the UK by the end of 2021. The news comes after increased demand during the pandemic led to the service expanding out of London and setting up services in Hertfordshire, Surrey, and Bristol, with the rest of the UK due to follow later in the year. A new scheme which will cover training and setup costs to help new childminders run nurseries in their own homes that could see them earning £70k a year, is being launched later in the year.

Koru Kids, a childcare platform that provides part-time nannies, has pledged to create 9,000 new childcare jobs this year, in a move to bridge the gap between unprecedented demand and the risk of collapse in the childcare sector after the pandemic.

Originally based in London, childcare agency Koru Kids expanded into Surrey, Hertfordshire and Bristol during the first quarter of 2021. The move came as the company spotted an increase in demand and requests for its services outside of London.

The platform is currently seeing a surge in demand from parents who are struggling to find the right local childcare to work the hours they need so the platform plans to create 9000 new childcare roles by the end of 2021.

Koru Kids provides free training and support to become a part-time Nanny looking after children in a family’s home. They ensure their nannies are employed above board by families and take care of everything from pay to contracts. Part-time nannies can earn up to £600 a month while keeping time for another career, hobby or studies.

Koru Kids will later this month launch a service to support new childminders to set up a nursery style setting in their own home. This includes covering training and registration costs of £3,000, Ofsted registration, providing a £500 grant for set-up costs, on-hand support at every step and help to find nearby families. By setting up as a small nursery at home, childminders can earn up to £70,000 per year whilst saving childcare costs for their own children.

There are approximately 1.7 million people currently unemployed in the UK, with this figure reaching a five year high in December 2020*. The Government’s job retention furlough scheme is also currently supporting many who are still unable to work, but this is set to finish in September 2021, potentially leaving more people unemployed**.

Those under 25 have been worst affected by the pandemic in terms of employment, and account for three in every five job losses in the last year***. Koru Kids is hoping that by expanding its services and supporting a new wave of nanny and childminding careers, that it can help those who have lost work during the pandemic.

“Here at Koru Kids, we have seen demand for childcare continue to increase in the last 12 months. This has informed our choice to expand into Surrey, Hertfordshire and Bristol. And we aren’t stopping there! We plan to continue expanding throughout the UK to meet the growing demand.

“We’re seeing the ‘Motherhood Penalty’ impact our sector in a number of ways. The first and most obvious is that without high quality, flexible, and affordable childcare, mothers – and it is overwhelmingly mothers – cannot return to their jobs as the UK reopens. The second impact is female talent being lost from the childcare sector itself, as many childcarers have their own children and can’t afford to work.” The childcare sector has been forgotten during the pandemic, and completely unsupported by the Government.

“Whether you are already an established childcarer who lost their job during the pandemic, or you’re just thinking about getting into childcare, Koru Kids can help. With our new childminder training scheme,  planned to launch later this month, you can even set up a ‘nursery’ within your own home and see all of your training costs covered.” 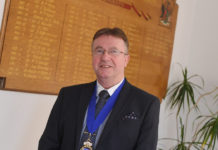 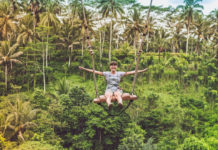 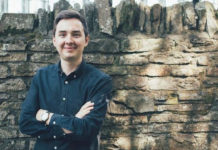 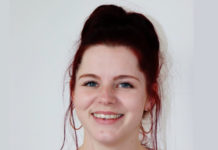 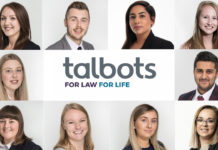 Perfect 10 for Talbots as investment in trainees pays off