As Mufasa explained to Simba “Everything the light touches is our kingdom”. However as of the 1st October in the UK, Disney’s Magic Kingdom will no longer include linear TV (excluding their Fox and ESPN ventures of course). Generation Media, a media agency specialising in children, young people and families, discuss its impact on the future of media planning.

Following Disney and Sky being unable to reach an agreement over the terms of their carriage deal in the UK, all three Disney channels (Channel, Junior, XD) will no longer be available on any linear TV platform. Disney will retain its ad sales arm within the UK, likely in a new form, in order to monetise its Digital inventory, including YouTube.

Suspicion will no doubt be rife that the real motivation behind this move was the successful launch of Disney+ globally, and that linear TV was not part of the company’s long term content strategy. To counter this, Disney will rightly point to its renewed carriage deals in other territories such as Germany and Spain. However the success of Disney+ in the UK in particular should not be discounted. Based on Giraffe Insights’ Kids and the Screen data, compiled in April 2020 (the first full month of Disney+ in the UK let’s not forget), we have seen that Disney+ has already attained a 23% share of the SVOD market amongst 2-12 year olds. This is also without necessarily eating the share of established players such as Netflix and Amazon Prime, but providing incremental uptake in SVOD as a medium. The latest wave of data now demonstrates that SVOD accounts for 29% of 2-12 year old viewing occasions, ahead of both Online TV (YouTube) and live linear TV (both 23%). 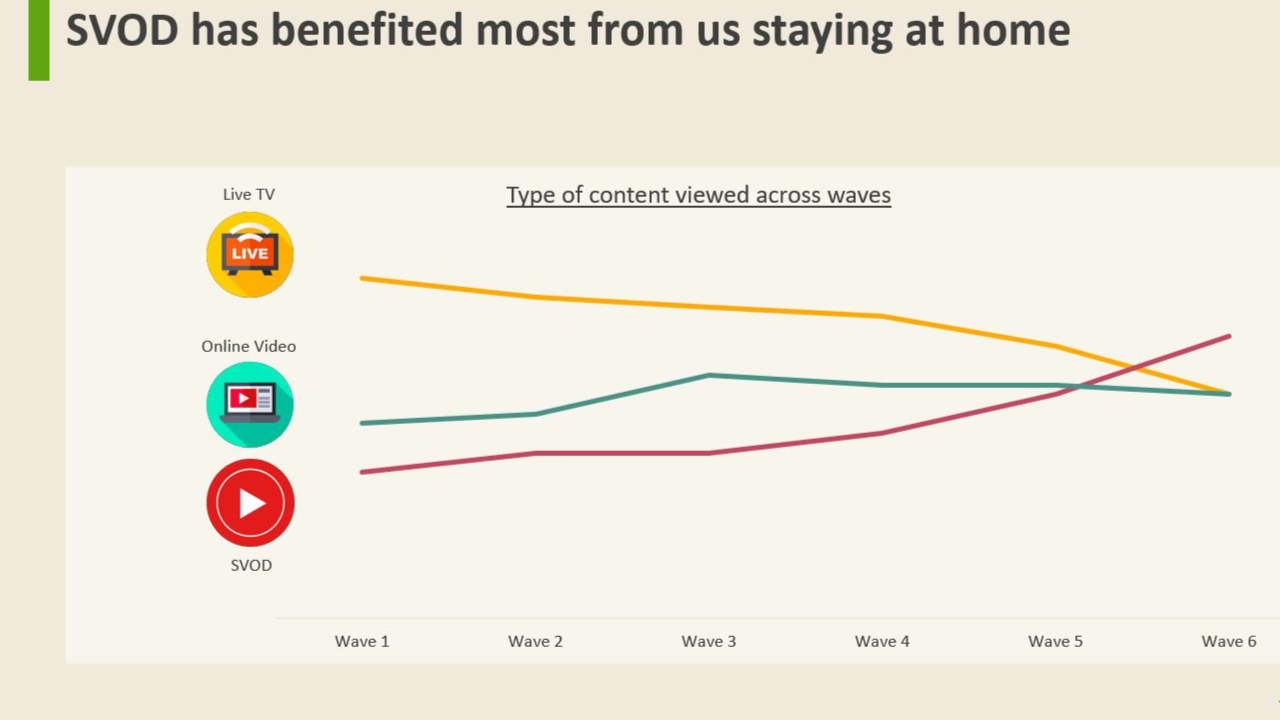 So how does this affect media planning and buying for the children’s sector as we enter arguably the most important Q3 and Q4 period of all time following the economic impact of lockdown in the UK?

Disney’s linear TV channels will remain on air until the end of September, and will still remain part of campaign schedules for the time being. Particularly for the older girls audience, where Disney Channel does provide an element of unique cover given the lack of focus on this area of the market from other channels (with the exception of Nickelodeon).

However any inclusion on the schedules up until the end of September will be, as it has been for the past two years, in a limited capacity. The decline of the Disney channels has been well documented following consecutive years of double digit decline, and Q1 saw this trend continue across Disney Channel (-15%), Disney Jr (-26%) and Disney XD (-37%). As a result, their share of commercial impacts within the children’s market has fallen below 10% (the lowest point since all Disney channels were made commercial in 2016).

Whilst news of the closure will cause ripples across the industry, we have been predicting for some time a reduced focus on linear for Disney (as was the perceived Endgame with the announcement of Disney+). As such we have been adjusting our client plans accordingly in line with the diminishing returns. Linear TV’s biggest strength over its Digital competitors is its ability to drive mass coverage quickly and cost effectively. However the unique children’s coverage (4-15) offered by Disney’s portfolio is estimated to be as little as 1%, limiting Disney’s ability to add value to existing spot schedules.

Sky are positioned to be the main beneficiaries of Disney’s retreat. At present they command more than a two thirds share of the market (children 4-15 equivalent impacts), which is set to exceed 70% in Q4 as a result of this change to the linear landscape. This will be led by the dominance of Free to Air channels. In Pop, Sky have the current market leader ready to attract Disney Channel and Disney XD audiences (if they remain on linear of course), whilst Milkshake will be a prime destination for Disney Jr viewers. CITV with its Free to Air advantage should also benefit proportionately more so than Warner Media’s Cartoon Network, Boomerang and Cartoonito.

But could one of the remaining publishers strike a deal with Disney to distribute their content outside of Disney+ and YouTube? Whilst owning and operating their content within Disney+ is a profitable strategy, in the short term they will still require eyeballs on the content they are producing so having a Free to Air platform (beyond YouTube) on which to do this would arguably be a sensible strategic move. As is having a strong Free to Air strategy when it comes to campaign strategies for the Autumn/Winter period. With this in place, linear TV remains a compelling and competitive platform for children’s marketers in 2020, and beyond.

So perhaps the final words should be reserved for Walt Disney himself as the company embarks on a new chapter in its remarkable history. “You may not realise it when it happens, but a kick in the teeth may be the best thing in the world for you.”Very apt if you subscribe to the theory that loss of linear to Disney, is bigger than the loss of Disney to linear. But with the emergence of the SVOD age and Disney+, maybe it’s more appropriate to consider:
“We keep moving forward, opening new doors, and doing new things, because we’re curious and curiosity keeps leading us down new paths.”

Fitbit transforms its social strategy to humanise the brand