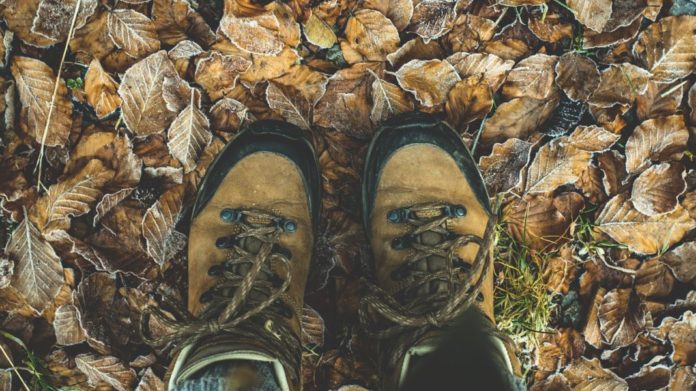 Davpack, a leading mail order packaging supplies company, recently launched its ‘Davpack Walks to Legs4Africa’ fundraiser to help collect donations for a Bristol-based charity supporting people with limb differences in sub-Saharan Africa. This challenge set by the staff at Davpack will involve a collection of individuals walking a collaborative 125 miles to encourage donations from family, friends and generous strangers, in support of the Legs4Africa (L4A) Leg Up campaign. Leg Up is a match funded campaign, launched by L4A in August. Through Leg Up the charity hopes to raise a total of £100,000 to allow them to expand their services and ensure amputees in The Gambia have everything they need in order to work through the trauma of limb loss.

Legs4Africa is an incredible charity that raises awareness of the issues surrounding the disparity across the World regarding who has access to prosthetic legs and rehabilitation services. L4A aims to create a solution to this imbalance by donating prosthetic legs that would otherwise end up in landfills, and by improving mental and physical services for amputees. The impact of limb loss can be devastating, and it affects countless people across Africa. There are estimated to be 1.8 million amputees on the continent in need of a prosthetic leg. In less fortunate countries you are not entitled to prosthetics, and many individuals suffer from mental health issues as a result of their amputation. Due to the stigma attached to disability, many people also refuse the surgery – putting their lives at serious risk. The organisation state that they want to help all amputees ‘have access to services that allow them to feel mobile, independent, supported in the community, and have opportunities for work, education and recreation’. Through their partnership with Davpack they are able to make huge progress towards this ultimate goal.

Evie Dickinson, the Fundraising and Communications Manager for Legs4Africa expressed: “Davpack has been incredible to us. It’s so refreshing to be working with a company that is so human and that literally can’t do enough to support the cause. You are constantly helping to shine a light on limb loss and the challenges faced by amputees in sub-Saharan Africa.”

Within one major Gambian hospital alone, there is an amputation every 3.5 days. Most of the individuals suffering from limb loss will not have access to the support needed to deal with the trauma of amputation. L4A estimate that in The Gambia there are 4,500 people in need of a prosthetic leg and 80% of amputees will not receive the physical or emotional support that they require. Legs4Africa is determined to change this and play a huge role in the lessening of stigmas and improvement of equality across sub-Saharan Africa.

Davpack is appreciative of all that the charity does for amputees and are thankful to those who have already donated to the cause. They are proud to assist in the rebalance of access to prosthetic legs and rehabilitation services while adding to efforts to reduce social stigma and extreme poverty caused by amputations.

Among other key insights:

ACE bounces back from lockdown disruption to target £10m sales

Coventry business born in a bedroom celebrates 21 years in 2021

8 November 2021
JOIN THE COMPANIES THAT SHARE THEIR NEWS WITH US...
...and many more leading local, national and international businesses.